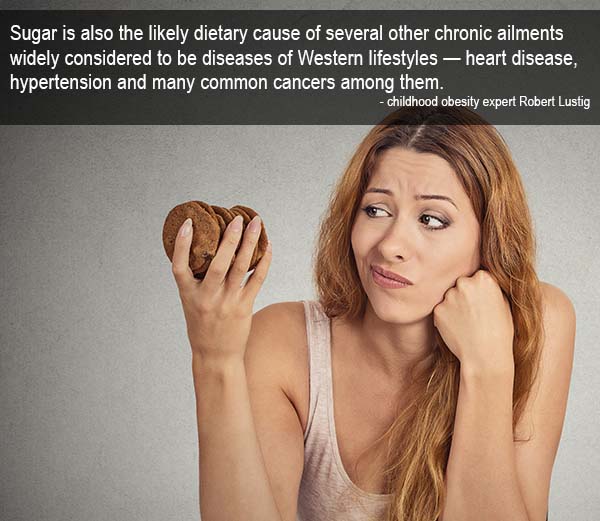 Regardless of where you sit on the hows and whys, I think most would agree that the collective health of people in our country is going pretty swiftly downhill: heart disease, childhood obesity and diabetes, cancers, kidney and liver disease, on and on.  Generally, the foods that are eaten in this country are nutrient poor, overly processed, and disruptive to natural systems of living (plants, animals, ourselves), which are some of the reasons behind the health issues.

This article from the New York Times magazine puts a new food issue into focus: SUGAR is a major culprit in a majority of diseases and health problems facing this country. The following points are taken directly from the article written by Gary Taubes to encourage you to check it out yourself!  It is very science-y but very smart and interesting!

Whew.  Lots of information to think about right? Read the whole thing. This article is so fascinating. Here are 9 foods that will lower your blood sugar.

About Andrea Bertoli 587 Articles
A vegan chef, cookbook author, wellness educator, writer, surfer, and yogi based in Honolulu, Andrea is also the Sales Manager for CleanTechnica. Follow my delicious adventures on Instagram