One month ago I would have laughed at that title– ha! What could be the dangers of caffeine?

As a former coffeeshop barista and long-time tea drinker, I’ve always been a fan of caffeinated brews in their various forms. However, some recent health challenges and my high anxiety level really made me question whether or not my daily doses were helpful or harmful. 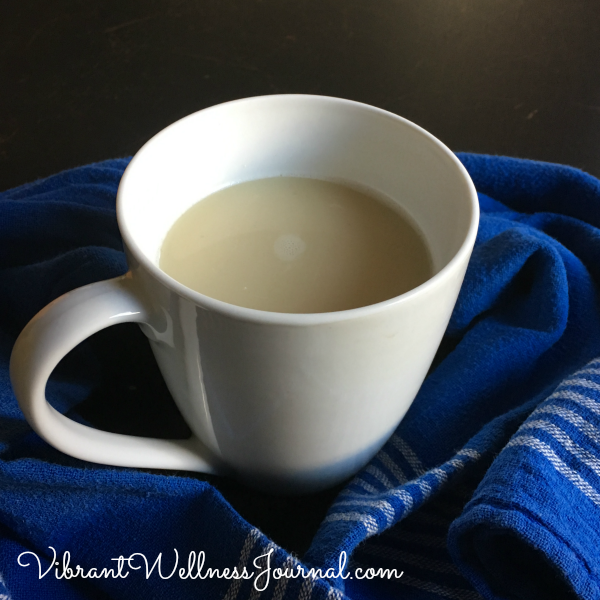 Let’s get the basics out of the way first.

Caffeine, found naturally in coffee, tea, yerba mate, the kola nut and chocolate, is a mild stimulant that makes most of us pretty damn happy. According to Wikipedia, caffeine works as a stimulant to the central nervous system, keeps of sleepiness at bay and restores alertness. It is actually considered a psychoactive drug, though it is legal and consumed across the planet. This guy thinks that it should be regulated just like alcohol. While caffeine consumption has been positively linked to improved cardiovascular health, improved mental health and increased metabolic rate, on the downside, caffeine is implicated in insomnia, anxiety, accelerated bone loss (osteoporosis) in women, shown to interfere with thyroid function and stress out the adrenal glands.

I’ve recently decided to cut out the caffeine from my life because the health challenges I am facing may or may not be affected by my love of caffeinated brews. Firstly, there was some question about whether I had developed fibrocystic breasts (turns out to be untrue), and in addition I have a pretty high stress level and imbalanced hormones. For nearly 15 years I’ve sipped from a pot of green tea and drank extra tea and maybe some coffee throughout the day, but in the past weeks I’ve cut down to maybe a half cup of tea daily. Sometimes I give myself a full cup of tea if I have to sit at the office all day, but in the past few days I’ve been completely caffeine free, despite late nights and lack of sleep!

Here are some of the reasons you might want to think about decreasing the caffeine in your daily diet.

According to Natural News, even one drink of caffeine initiates uncontrolled neuron firing in your brain. This excess neuron activity triggers your pituitary gland to secrete a hormone that tells your adrenal glands to produce adrenalin, which is the foundation for our innate fight-or-flight stress response.

Continually ingesting caffeine can keep your body at this stressed level, leaving you feeling tired, hungry, craving sugar and eventually depleted. Starting the day with coffee or tea sets your day up for fluctuations in energy and alertness, and too long on this roller coaster could lead to chronic adrenal exhaustion. [1]

The adrenals produce our stress hormones but also those that regulate our mineral balance, blood pressure and contribute to our sex hormone levels. When your adrenals are depleted your body may not be producing enough of the natural hormones you need. This can also affect other glands in your body, notably the thyroid. Hypo- and hyperthyroidism are some of the biggest issues in health care today, and a cause for great concern.

One of the other reasons that I kicked caffeine is that it is implicated as a possible cause of breast pain. According to the California Pacific Medical Center, approximately 50-70% of women suffer with breast pain. Along with a healthy diet and regular exercise, the best way to relieve breast pain is to reduce or eliminate caffeine from your diet. CPMC recommends eliminating caffeine from the diet for at least 3 to 4 months to see if pain improves.[2]

However, Harvard notes that studies have been largely inconclusive regarding coffee and its effect on women’s health issues, but they do note that some women find that minimizing or eliminating caffeine intake can reduce breast pain [3].

Brown University also makes notes of this correlation, saying, “Some research has shown that eliminating caffeine-containing beverages and foods (such as coffee, tea, cola drinks and large amounts of chocolate) helps fibrocystic breast condition; however, not all research supports this conclusion. Since there is no harm in testing these dietary changes, a 4 to 6 month trial might be useful.”[4] Read here about how balancing your hormones naturally with seed cycling can help with overall hormone balance and decrease breast pain too.

Many other sites suggest that lacking serious study, it’s not clear whether caffeine is GOOD or BAD. But for me, for right now, this seems like a good solution. On top of all that, I’ve been sleeping a bit better and not waking up as foggy (well, at least after the first week!)

About Andrea Bertoli 587 Articles
A vegan chef, cookbook author, wellness educator, writer, surfer, and yogi based in Honolulu, Andrea is also the Sales Manager for CleanTechnica. Follow my delicious adventures on Instagram