Yoga’s natural healing benefits extend beyond a relaxing stretch. Yoga is good for everything from sex to PTSD. Learn some surprising benefits of yoga! 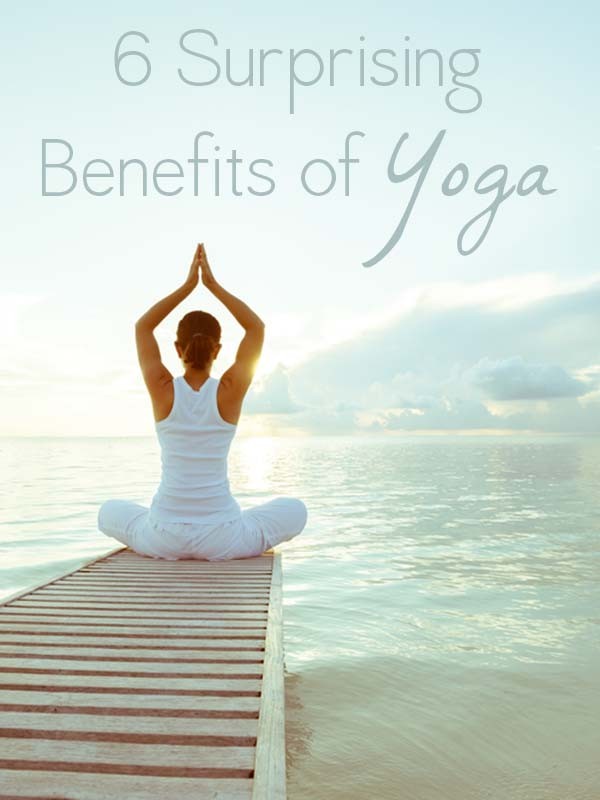 A recent Harvard study showed that by doing yoga 30 to 45 minutes a day, people fell asleep 30 per cent faster and reduced their night-time waking time by 35 per cent. “Insomnia is often caused by a racing mind and yoga provides us with the tools to find stillness in the mind,” says yoga teacher Rahoul Masrani. “Mindful breathing is one of the key things in yoga. Learning to breathe mindfully is very helpful in getting people to sleep and also improves the quality of sleep.”

A 2010 study at the University of Kansas Hospital and published in the Journal of the American College of Cardiology, found that a regular vigorous yoga practice cut patients’ episodes of atrial fibrillation in half.

“Yoga is great for pregnant women because it provides a low-impact form of physical activity which helps to strengthen muscles, lubricate joints and get rid of any stiffness that pregnancy might bring,” says Masrani. In a 2014 study, pregnant women who practiced yoga had lower anxiety scores than a control group who received normal antenatal treatment.

A 2009 study published in The Journal of Sexual Medicine indicated practicing yoga an hour a day improves sexual function and desire in women. At the end of the 12- week program, which involved a daily hour-long yoga practise, 75 per cent of women said they had experienced significant improvements in their sex lives. The effects were most pronounced in those aged 45 and over.

A 2011 study at York University found back pain sufferers had improvements in everyday tasks such as walking, bending down and getting dressed if they did weekly yoga sessions. “Practicing yoga is a great way to reverse the damage we do to our backs by sitting at desks all day,” says Masrani. “Forward bending and backward bending when done properly can be extremely healing for the spine. All of the back-strengthening exercises we do in yoga are hugely beneficial for any postural problems too.”

A 2014 study published in the Journal for Traumatic Stress found that doing yoga regularly helped people overcome post-traumatic stress disorder. The year-long study of 21 male veterans who had all served in Iraq or Afghanistan who had been diagnosed with PTSD found that yoga lowered anxiety and respiration rates and helped regulate emotions and painful memories. 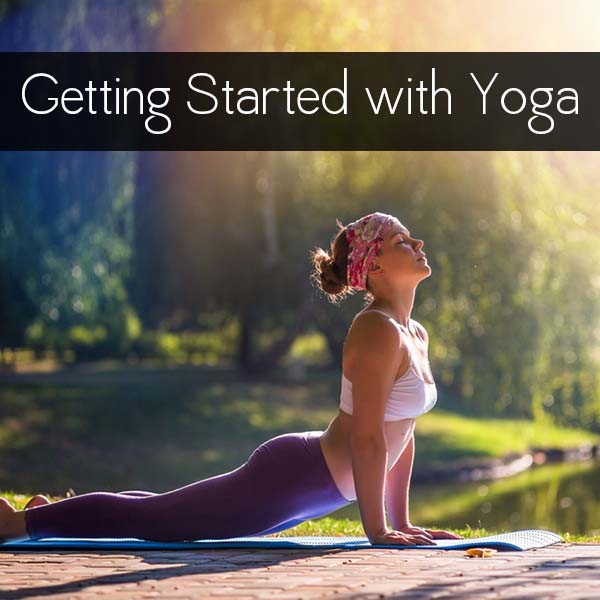 Not sure how to get started with yoga? Maybe you don’t feel like committing to regular yoga sessions or perhaps you don’t want others to see your overfed body in revealing clothes. That’s OK. You can get started with yoga in the privacy of your own home just as long as you have a television and an internet connection.

Check out Acacia TV, where you can connect with 7 personal trainers for one low monthly fee. You can also browse through the 9 yoga channels on YouTube compiled by The Huffington Post or try one of these free beginner yoga videos.

From Illinois to to New York to California, yoga for school children is finding support among educators, according to Channel 4, KMOV in St. Louis. The training helps young students handle anxiety so they can concentrate more effectively on learning. “When I think too much it hurts my head. I get headaches and then when I relax in yoga I feel good,” says Erick Chambilla, a fourth grader.

In New York City, fourth grade teachers Aleisha Castelli and Cassandra Logan have made yoga part of the curriculum for their young students. “They need that downtime and to empower them and create a mindset where they can persevere and develop some resilience as they navigate complex tests and testing,” says Logan.

Some men believe yoga is…..unmanly. It’s like eating tofu or going to a wine and cheese bar. Steven Russell is a one of those men who just never got comfortable with female yoga instructors, so he did some research and found a yoga program that was just for men. He says “Men don’t seem to want to be both the only guy in the room and a beginner as well.”

Soon, he was finding the results from yoga he always expected. “I learned that yoga was about breathing, making sounds, focusing attention, and learning how to honor my body and honor others. I had found a path,” he says. In 2010, he became a certified yoga instructor.

“I think I have a lot to offer, especially for older beginners — guys who feel they are inflexible, and unable to do something like yoga for better health and a more peaceful mind. I believe guys can relate to learning from another guy. I hope that they feel comfortable being around someone who isn’t incredibly flexible, or young, or muscular, or thin, or hairless. One doesn’t have to be any of those to do yoga.”

We all know there is a deep connection between the body and the mind. Yoga bridges the gap between the physical, the intellectual and the spirit worlds. It helps us to be the complete human being we are meant to be and have a fuller understanding of life’s journey. It is an oasis of peace and tranquility in our modern, “too much to do and not enough time to do it all” lives.

Now that you know you can start at home any time, what are you waiting for?

Author bio: Steve Hanley writes about the interface between technology and sustainability from his home in Rhode Island. You can follow him on Google + and on Twitter.

Republished with permission from EcoLocalizer

About Guest Contributor 7 Articles
is many, many people all at once. In other words, we publish a number of guest posts from experts in a large variety of fields. This is our contributor account for those special people. :D