If you have ever felt the transformative power of yoga, you are not alone.

You don’t have to take my word for it, just pick up a copy of Yoga Bodies: Real People, Real Stories & the Power of Transformation. Within the pages of this stunning new book from Lauren Lipton and Jaimie Baird, you will find dozens of regular people who have shared their stories of yoga and renewal. 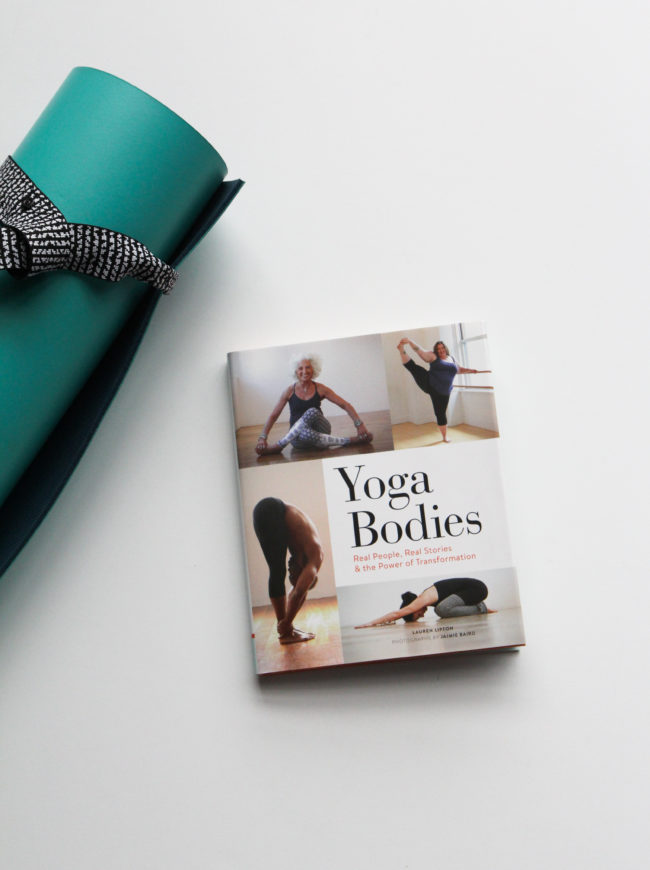 We are all Yoga Bodies

Included within its pages are stories from doctors, lawyers, dot-comers, salespeople, actors, drug dealers, PhDs, editors, restaurateurs, NFL players, biotech entrepreneurs, and even one downward-facing dog. Yoga Bodies starts with the idea that yoga is a “gift of many perspectives.” That pretty much sums up this beautiful and inspiring new book.

At the heart of Yoga Bodies is the idea that yoga is for everybody. Shunning the idea of media inspired sexy, skinny, contortionist yoga bodies, Lipton delivers on its promise to “upend the yoga body stereotype.” Baird and Lipton feature real people and their stories alongside 75 full-color yogic pose portraits. Yet, it is so much more than just another yoga book. Yoga Bodies inspires by showing the potential of individual bodies along with the humanity of their stories. Ultimately, the book’s power lies in how it taps into our desire for acceptance of and command over ourselves and our chaotic lives.

One of the most surprising aspects of Yoga Bodies, is that this testimony to the impact of yoga is written by Lipton, a writer best known for her snarky New Yorker’s view of the world as espoused in her best-selling novel Mating Rituals of the North American WASP. In this way, Lipton herself defies stereotypes and serves as an example. This is nowhere more evident than in the team she has made with photographer Jaimie Baird. A well-respected fitness, fashion and architectural photographer, Baird’s perfect portraits capture bodies in poses that stun with their quiet vigor. The unity of word and image is so potent I dare anyone not to come away a true believer.

Yoga Buddies is a stunning book that demands we acknowledge that “We are all yoga bodies.” Lipton manages to capture this without categorizing the people portrayed within the book. Instead, she just shares stories about real people in real poses. More importantly, she shows us what yoga brings to them. All this is captured in stunning photographs sure to move even the most cynical couch potato. As Lipton notes in her introduction, she was inspired to create Yoga Bodies so that everybody might have access to the “yoga buzz” and the “deeply peaceful state of mind” that it brings. In this way, Yoga Bodies is a work of evangelism.